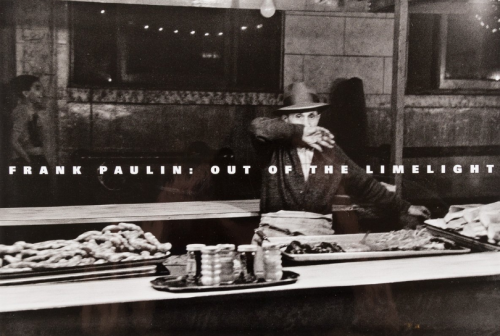 Born in 1926, Paulin came of age as a photographer in the 1940s studying with the likes of Harry Callahan and art director Alexey Brodovitch. By the 1950s, the streets of New York City had established themselves as Paulin's primary muse, and black-and-white film his medium. The book features images from his prodigous body of work created over four decades, in New York City, as well as Paris, Seville, New Orleans and Atlantic City. "Street photographers are of course well known for their agility, quick reflexes, and elusive conduct. In order to catch a social reality on the wing, they behave as surreptitious observers, hopefully unnoticed by passersby... What comes out of this practice is serendipitous and clandestine work that demands patience. In Frank Paulin's case, they include encounters that he let happen or couldn't help... He works between split second decision and latent artifice, at the same time exploiting the charge that atmosphere gives to physiognomy."--Max Kosloff, from the introduction, 2007